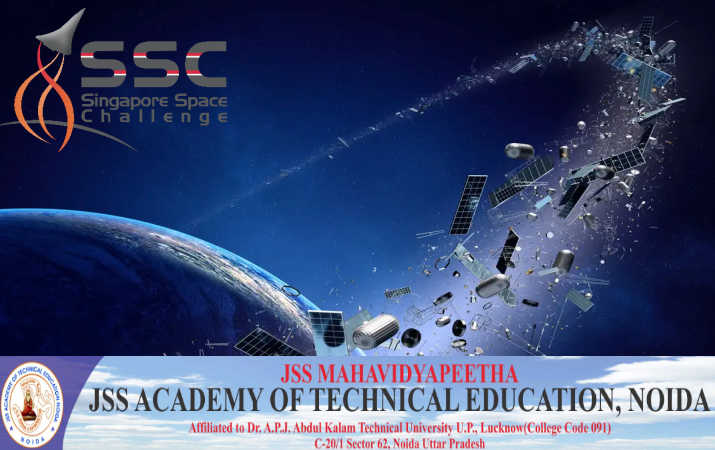 The Singapore Space Challenge (SSC) is a highly anticipated technology design competition that challenges youth teams to design complex advanced-technology projects that tackle realistic space-related challenges. SSC captures the imagination of the youth and directs their creative enthusiasm towards developing innovative science and engineering solutions across many fields. The challenge is held annually and is organised by the Singapore Space and Technology Association (SSTA).

Topic & Challenge Statement for this Year

Space debris widely refers to all non-functional, human-made objects, including fragments and elements thereof, in Earth orbit or re-entering into Earth’s atmosphere. According to NASA, more than 500,000 pieces of debris, or “space junk,” are tracked as they orbit the Earth. These objects usually slowly make their way back to earth after a few years, but debris trapped in higher orbits can remain for more than a century. They all travel at speeds up to 17,500 mph, fast enough for a relatively small piece of orbital debris such as tiny paint flecks to damage a satellite or a spacecraft.

As the amount of space debris increases, so does the risk of in-space collisions, explosions, and the negligent creation of more debris. Eventually, this will obstruct future space missions and the most useful and economically vital orbital pathways around Earth will become totally unusable.

The challenge statement for this year is to "Design a satellite concept of not more than five satellites (servicer) that can be used to deorbit space debris".

It is indeed a proud moment for JSSATE Noida, that the proposal on Orbital Debri Mitigation and Active Removal System (ODMARS) submitted by fifth semester Mechanical engineering students, Siddharth Srivastava, Vidit Sharma, Vansh and Shashwat Gupta has been selected for presentation during Global Space Technology Convention of Singapore Space Challenge, SSC - 2020 scheduled from 5-7 February 2020 at Singapore.

Our hearty congratulations and we @uLketzNews wish them great success for their presentation.

A session on managing career for visually impaired

3 ways that how online training add value to your learning