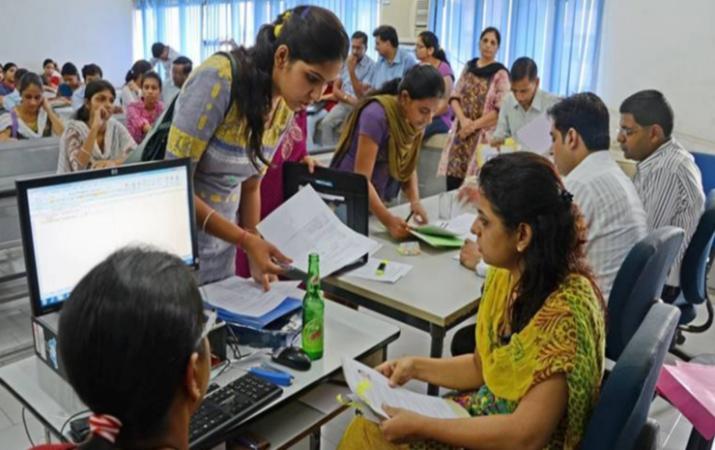 Last date of admission under the first cut-off list for Andhra Pradesh state board students has been extended by a day by Delhi University. Admission dates were extended based on a request from the Andhra government on Sunday after confusion over the conversion of grades to marks.

The admission process for the other boards concluded Monday. A total of 19,886 students have enrolled for 63,000 undergraduate seats in the 63 DU colleges for different courses.

The Andhra Pradesh government had written to DU, urging it to consider the newly released marks of state board students. The government had asked the university to extend the date of admission under the first cut-off list for these students.

DU’s officer on special duty (admissions) Sukanta Dutta said the admission committee has decided to give one more day to students of the Andhra state board. “It has been decided that there will be no extension in the date of admission for the other boards. Only Andhra Pradesh board students will be given a chance to take admissions on the basis of their actual percentage since DU does not consider cumulative grade point averages (CGPAs),” he said.

Meanwhile, the admissions of Andhra Pradesh board students done till Monday will be cancelled. This year, 784 applications were received from Andhra board.

“Earlier, the admissions were done based on grade conversions. But now, when the board has uploaded the certificates with the actual percentage of marks, anyone affected by the problem will get a chance to take admission on Tuesday,” Dutta said.

Besides, DU has also asked colleges to entertain students whose payments are pending and also asked the grievance committee to resolve all pending issues on Tuesday.

This year, for the first time, students from Andhra Pradesh and Telangana boards received grades instead of marks for the class 12 exams. While Telangana state board mentioned the actual percentage along with the grades in the marksheets, Andhra Pradesh board had only given grade points.

The university’s admission committee converted the grades by taking a mean score. As a result of the conversion, no student from the Andhra Pradesh board had obtained more than 95%. The cut-off for all popular courses in DU is above 95%. The prompted the Andhra Pradesh government to intervene Sunday and released the actual marks of students.

The move caused chaos among students — most of them said papers were checked keeping the grade system in mind so it might affect the marks they score.

“The teachers would have graded the paper keeping in mind that students scoring between 91% and 100% would get the same grade— A1. We also studied accordingly. Now, there is a sudden switch from grades to marks. There should be some kind of re-evaluation in such a case,” Vamsi Krishna, who wants take admission in Economics (Hons) in SRCC for which the cut-off is 98.5%, said.

The many structural flaws in India’s higher education system