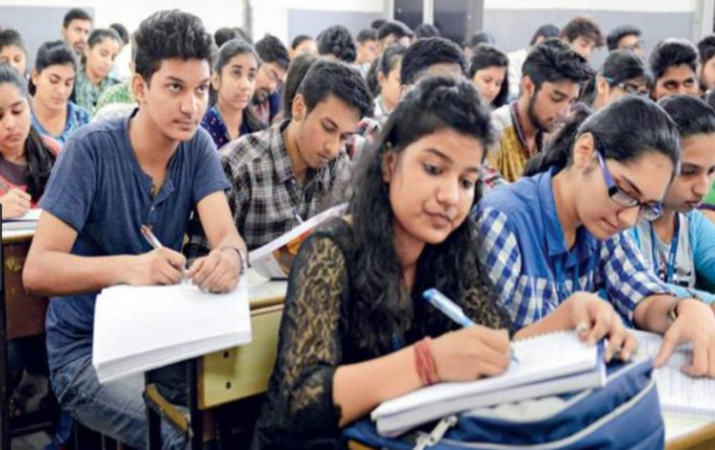 The new bulletin shared by the University on its official website on Tuesday stated that the annual fee structure for undergraduate courses in most of the Delhi University (DU) colleges have been revised by at least ₹2,000 to ₹8,000 this year.

Authorities at most of these colleges cited “insufficient funds” as a reason for increasing the fee. Some said it was a “routine revision”. Hindustan Times had, on June 7, first reported about the fee revision plan.

Promila Kumar, principal of the college, said, “The University has approved BA (Hons) in Business Economics as a self-finance course this year and that’s why we have revised its fee. We have to generate our own funds to pay salary to teachers besides other expenses. We are not getting any grant from the university for the course.”

The average hike in fee in Aryabhatta College, Bhaskaracharya College for Applied Sciences, Delhi College for Arts and Commerce, Deshbandhu College, Hindu College, Indraprastha College for Women, Miranda House, Motilal Nehru College and Ramjas College is between ₹1500 and ₹3500. For example, at Hindu College, the fee structure for many courses including BA (Hons) in English was ₹14,790 last year. It has been revised to ₹17,310. Meanwhile, at Ramjas College, the fee for several courses has been revised to ₹13,495 from last year’s ₹10,395.

Manoj Sinha, principal of Aryabhatta College, said the college has revised the under two heads – departmental activities and maintenance. “Being a science college, we need funds to maintain laboratories as well. We had revised the laboratory fee last year only before the beginning of the session. This year, we have had a nominal increase to meet the rising maintenance cost,” he said. At Aryabhatta College, fee for BSc (Hons) in Mathematics has been increased to ₹15,230 from last year’s ₹10,650.

Janaki Subramanyan, bursar at Miranda House, however, said they have not hiked fee for the upcoming session. “The fee was revised last year after the release of the bulletin. So the last year’s bulletin is reflecting the lesser amount. But this year’s fee is exactly the same as last year,” she said.

As per the new bulletin, in Ramanujan College and Institute of Home Economics (W), fee for many courses has been hiked by ₹8,000 from last year. Last year, the fee for courses such as BSc (Hons) in Home Science and Microbiology were ₹19,675. It has now been increased to ₹28,890.

In Janki Devi Memorial College (W) and Shaheed Rajguru College of Applied Sciences for Women (W) the revision varies between ₹4,000 and ₹5,000.

Rajesh Jha, member of the DU’s executive council (EC), said the EC members will demand a rollback of the fee hike. “We strongly demand the rollback of fee hike as it is very much against the higher education accessible to every section of the society. The drastic cut in UGC grants has brought such a situation. Just imagine what will happen when we will be forced to take loan from HEFA. The result will be students’ fees in lakhs to repay the loans,” he said.

NEST 2019 results to be released today by 5 pm. Visit nestexam.in

How to make your career in ethical hacking: Skills, scope and job prospects