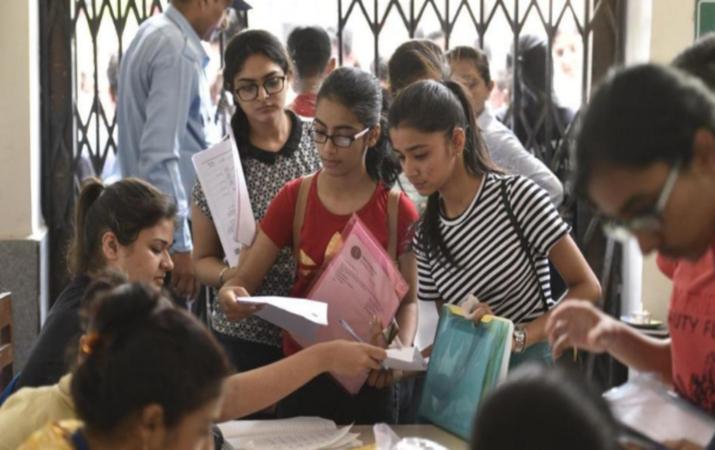 Around 22.5% seats for UG courses in Delhi University has been filled with only one day left for completion of admissions under the first cut-off list. Miranda House has the highest number of admissions where 830 students out of 13,981 students who have enrolled for the UG courses were admitted.

While seats in popular courses in sought-after colleges generally get filled in the first cut-off, the second cut-off generally sees a drop in percentage points. “Generally, colleges keep a high cut-off in the first list because they have to admit all eligible students. By the second list, they have an idea of the range of scores, and so, there is a drop in required percentage,” said a DU official.

Last year, Economics (Hons) was open for admission in 35 of the 38 colleges which offer the course after admissions under the first cut-off ended. The drop in cut-off for courses such as BCom (Hons), BA Economics (Hons) and BA English (Hons) ranged between 0.25 to 2.5 percentage points.

Lady Shri Ram College, Hindu College and Kirori Mal College were in a tight race with 767, 724, and 707 enrolments till Sunday evening. The course which saw maximum number of admissions till Sunday evening was Political Science, with at least 1,691 students enrolling for it. This year, it was also the course which had the highest cut-off at 99% set by the Hindu College.

“We had received a similar response last year so we kept a high cut-off this year. However, admissions have once again exceeded the number of unreserved seats in the course,” said Hindu College principal Anju Srivastava. “While unreserved seats are almost full in courses like Political Science, Physics, Sociology and Philosophy, the college is likely to come out with a second cut-off list in Economics, B Com(Hons), B.Sc Physical Sciences, and Zoology,” she added.

“Despite having high cut-offs, we are expecting an unprecedented rush on Monday as well since it will be the last day for the admission under first cut-off list,” said Bijayalaxmi Nanda, principal of Miranda House. “Different cut-off combinations for BA Programme also allowed more students to come in for different courses.”

The second cut-off list will come out on July 4 and students can get their document verification, approval of admission and payment of fees done by July 6.