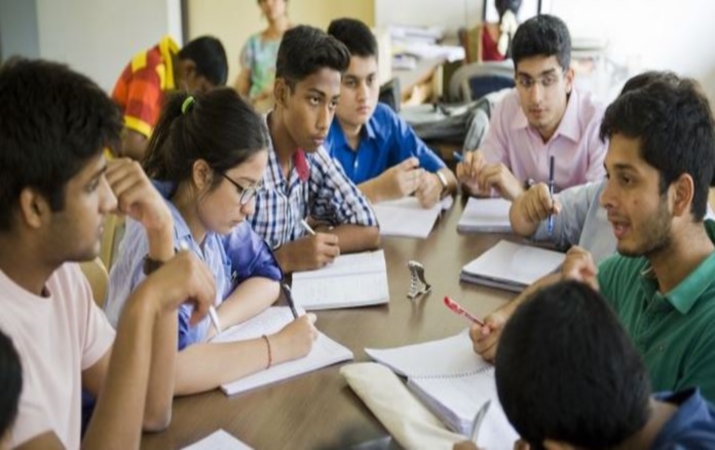 Delhi university (DU) has made drastic changes in the eligibility criteria for admission to Bachelors of Arts (BA) Economics honours and BCom programme from the academic session 2019-20. As per the enw rules in addition to Economics and a language course, 12 mathematics marks will also counted among the ‘best of four’ for BA Economics.

Till last year, mathematics was only an eligibility subject implying that anyone who has passed class 12 with mathematics could take admission in BA Economics honours, based on the merit list. For BCom (hons) too, students had to just pass in the class 12 mathematics exam. But now to apply for the course, students need to score at least 50 per cent in the subject.

Many students and parents are agitated about the change in rule. They claim it would bring the percentage of the applicant down and reduce their chances of getting admission.

“I am here on behalf of my husband’s colleague. He is posted in Tezpur at the moment and no one from his family could visit the varsity. Their child’s best of four is over 95 per cent, she even scored 100 in political science. She appeared for mathematics as a sixth elective subject as it was just an eligibility criterion, now if her maths marks are counted her percentage drops and she would not get admission to any good college,” said a retired army officer.

She added that the university should have informed the change in criteria at the beginning of the session. Many other students, and even alumni of DU, have come together to form a group headed by an alumnus from Sri Ram College of Commerce (SRCC), Sahibdeep Singh. The group called, ‘SRCC wings of fire’, has written a letter to the dean of student welfare asking them to roll back the new eligibility criteria and allow students time to prepare for it. The group has also filed a petition at change.org seeking support.

“I am working in JP Morgan. Even when we hire students we ask them if their base in mathematics is strong or not. It is a good move but the timing is drastically wrong,” Singh said. “If any such thing was to be implemented then the administration should have informed the students in advance so that they would have prepared accordingly. Now that they have given exams, they are not in a position to do anything. Why is the change made in the last hour?”

Singh claims that hundreds of students and parents have reached out to him with grievances.

“Since we are DU alumnus we tried to help students with admission process thus we started taking queries. But as the bulletin released we got hundreds of queries regarding the change in BCom and BA Economics eligibility criteria and hence I thought of writing to the administration,” said Singh. He said he flew in from Mumbai to submit the letter to DU administration who have said that they will “look into the matter.”

“The change has been made keeping the industry requirements in mind. With changing time analytics and data crunching skills are required more in an economist for all most all the job roles. This requires a sound mathematics knowledge. We have noted that students who are not good at mathematics tend to lag behind. Thus, it is important to have mathematics as one of the core subjects,” said Sukanta Dutta, Officer on Special Duty (admissions) at DU.

When asked about the complaints that information should have been provided earlier to students, Dutta said, “This is a decision taken by the council of experts. Had we released the notice a year ahead then students who are in class 11 would have complained that they have already opted their subjects. There is never an end to this circle.”

Meanwhile, the admissions to the School of Open Learning (SOL) have also started the last date to apply for undergraduate courses in July 31, 2019.

Can Artificial Intelligence take away your job, Probably not

JEE Main to go multilingual, preference to languages of states with majority candidates