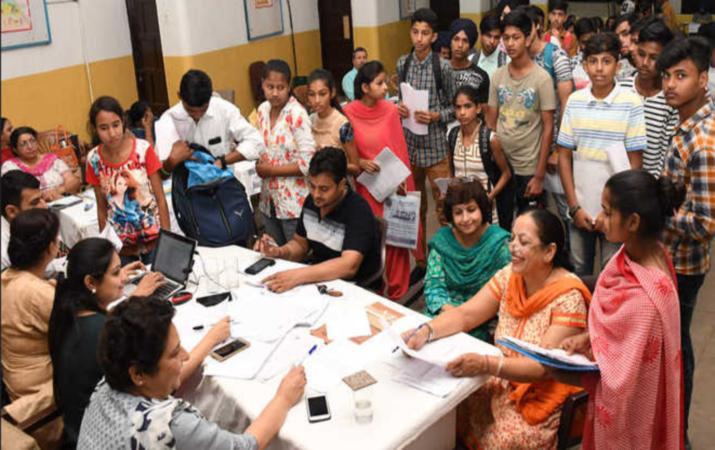 Delhi University (DU) has released sixth cut-off list for undergraduate admissions on Wednesday. Though more number of students were admitted to the DU colleges than the number of total seats available under the first five cut-off lists this year, seats still remain vacant in few colleges including Shri Ram College of Commerce (SRCC).

At SRCC, admissions are still open for BA (Hons) in Economics for the general category at 98.65%. In B Com (Hons), the college has seats for only the reserved categories. The college issued an advisory saying, “Admissions in the sixth cut-off list are open for only those candidates who could not seek admission till July 29, 2019. Those who are already admitted in any other college or department shall not be allowed to cancel and seek admission in the sixth list.”

At PGDAV College, admissions are still open for unreserved categories in three courses, including BCom (Hons), BCom (Programme) and BSc (Hons) in Mathematics. Seats are still available in many off-campus colleges, including Keshav Mahavidyalya and Aryabhatta College still have seats in many popular courses. Aryabhatta is still offering seats in BA (Hons) in Economics, Psychology, History and BCom (Hons).

Admissions under this list will take place till August 3. If required, colleges will release the seventh list on August 6.

Stress on higher education in Assam

Advantages of Studying MBA in the UK for Indian students

Vice-President : Stressed on the need for the students to continuously learn to remain competitive.