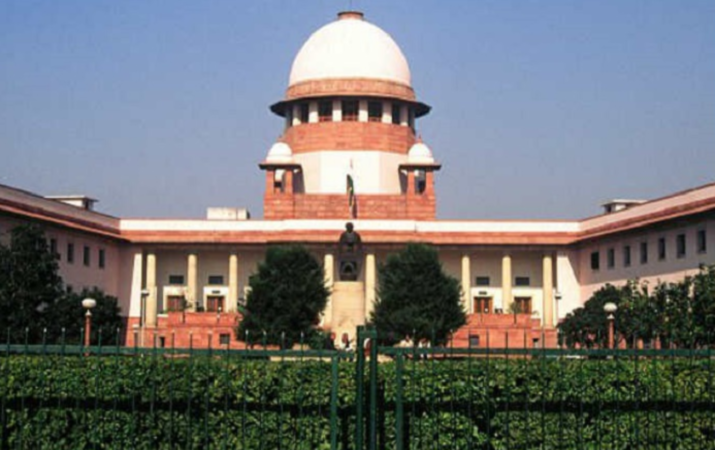 The Delhi University and the University Grants Commission (UGC) were directed by the Delhi High Court to admit students for undergraduate (UG) courses based on last year's eligibility criteria. The deadline was extended from June 14 to June 22 by a bench comprised of Justices Anu Malhotra and Talwant Singh.

With these two directions, the high court disposed of three petitions, two PILs and a plea by a student, challenging the recent amendment made to the eligibility criteria for 2019-20 for admissions to several UG courses, including B.Com (Hons) and BA (Hons) Economics, which require that Maths be part of the best of four subjects.

The court, in its 17-page order, said these directions will not preclude DU from making changes to the eligibility criteria in the forthcoming year to its UG courses as required.

But the bench made it clear that the changes in eligibility criteria have to be made in accordance with law, "which would require a minimum of six months of public notice to the public at large".

The registration for admission to DU commenced on May 30 and according to the plan it was to end on June 14.

The petitions have contended that students have been caught unawares as the eligibility criteria for some courses had been changed a day before the opening of registration on May 30.

Earlier in the day, the high court observed that DU's recent decision to change the admission norms for various undergraduate courses could have been announced much earlier.

"There is no dispute that you have to be in tune with the times. Nothing prevents you from improving education standards. No one is saying your decision (amendment) is not right, but your timing may not be right," it said.

During the more than an hour long arguments, the court said the eligibility criteria were meant for students who gave the 2018-19 Class 12 board exams and DU's amended norms came a day before start of registration.

"Can you (DU) change it a day before? You could have given three months prior notice to students," the bench said.

Defending its decision, the varsity said it changes the eligibility criteria for courses every year and the Bulletin of Information (BIS) was meant for only one particular academic year and was not a statutory rule.

Therefore, there was no need to give prior notice before making changes to the BIS, the university said.

Its lawyers also told the court that no student would be deprived of admission due to the new norms and if anyone is affected they can approach its grievance committee or the court.

Advocate Anupam Srivastava, appearing for his daughter Khushi, said there would be more than one per cent difference in her best of four score if Maths was included in the top four subjects.

He said admissions to top DU colleges are often lost over much smaller margins than one per cent.

The petitioners claimed that change in the eligibility criteria of various courses, including B.Com (Hons) and BA (Hons) in Economics, was illegal and violative of Article 14 of the Constitution as it was done arbitrarily, without any prior notice.

They have sought quashing of the criteria which included mathematics compulsorily as one of the subjects in best of four subjects (BFS) for admission in BA (Hons) in Economics from the academic year 2019-20 as per the ''Bulletin of Information'' circulated on May 29 for admission to UG courses.

Alternatively, the petitions have sought a direction to the authorities to implement the eligibility criteria followed by the university in the past three consecutive years and to make the new norms applicable from the next academic session.

Till last year, if a student had 50 per cent in Mathematics, he or she could apply for BA (Hons) in Economics, but this year the subject has been made mandatory for ''Best of Four'', which means Mathematics has to be part of the top four subjects, aggregate of which will be considered for admission, the pleas have said.

Similarly, B.Com (Hons) required a student to have passed Mathematics/Business Mathematics with an aggregate of 45 per cent marks as a mandatory requirement, they said.

This year, the criteria have been tweaked mandating that a student should have 50 per cent or more marks in Mathematics/Business Mathematics and an aggregate of 60 per cent with number of new conditionalities attached, the petitions have also said.

According to news reports, members of the Academic and Executive councils of the Delhi University had recently written to the vice-chancellor to reverse the changes brought in the eligibility criteria for various courses, describing them as "arbitrary" and "unwarranted".

The letter had urged the vice-chancellor to restore the earlier criteria for this academic session on an "urgent basis".

A brief view of Astronomy And Astrophysics

IIM-I to produce video lessons on management with Tik Tok

Guidelines to Succeed In Off-Campus Placements