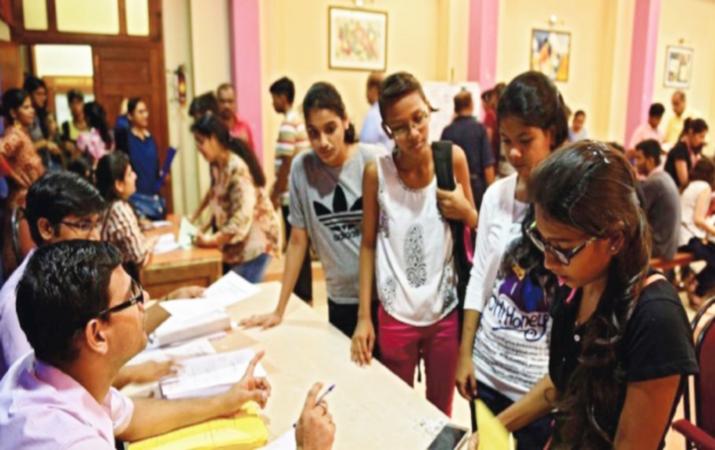 Students from National Capital Territory (NCT) has seen a huge jump in cut-offs for undergraduate admissions to Ambedkar University, with the figure touching 97.75% in Psychology. Last year for the same programme,the highest cut-off for students from NCT was 94.75% .

Like other Delhi state universities, Ambedkar University reserves 85% of its seats for residents of the NCT of Delhi, and separate cut-offs are announced for residents and non-residents, with the former being set lower. This year, there has been a slight increase in cut-offs for applicants from outside NCT, but a huge jump for residents of the region, making the gap between both figures much narrower as compared to last year.

The biggest leaps for applicants from NCT have been in BA in Global Studies and BA in Sustainable Urbanism, where cut-offs have risen by over 10 percentage points. Both these courses were introduced last year and cut-offs had been set at 82% in Global Studies and 75.5% in Sustainable Urbanism. This year, it has rocketed to 92.5% for the former and 85.5% for the latter. For applicants from outside NCT, it has risen by 2.5 and 1 percentage points respectively to 94.75% and 90.5%.

The university is seen as an alternative for applicants from Delhi who are unable to clear DU’s soaring cut-offs. However, this year, the cut-offs for courses such as Psychology, English and Sociology are comparable to those in some prominent DU colleges.

According to Ambedkar University PRO Anshu Singh, all changes in cut-offs can be attributed to “pure Mathematics”. “Like in any other university, our cut-offs are determined by how many people are applying for which course and how much they have scored in their school-leaving examinations. The cut-offs reflect that applicants from Delhi would have very high school-leaving examination percentages,” she said.

This year, the university received 16,919 undergraduate applications, up from from last year’s 15,619 applications.

Admissions against the first-cut list will take place on July 10 and 11.

Poetry reading should be compulsory part of curriculum: Naidu