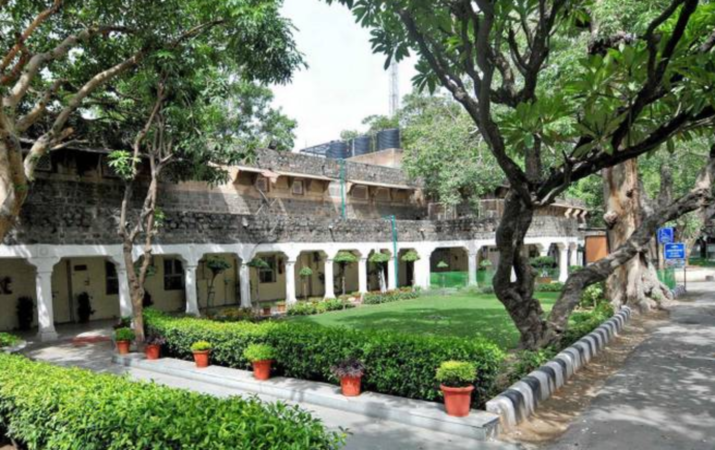 Ambedkar University :Turns out be a popular option among students

Delhi University's soaring cut-offs and tough competition for seats has made  Ambedkar University a becomes most popular among students in the national capital.

Ambedkar University, which is known for its focus on Humanities stream, offers placements, collaborations with foreign universities, a new Equal Opportunity Cell, and has started construction of its new campuses for the upcoming academic session.

“We are looking to get a training and placement officer on board who could profile students and help them find job opportunities as per the subjects and course they have studied,” said Ambedkar University vice chancellor Anu Singh Lather, who took charge in February. “When it comes to social sciences, there are a lot of unexplored job areas and placements that will be our top priority this year.”

Some of the most sought after programmes in Ambedkar University are BA (Hons.) in English, Psychology and Economics. Apart from this, the university offers seven BA (Honours) programmes in subjects History, Social Sciences & Humanities, Mathematics, Sociology, among others. It also has three Bachelor of Vocation programmes and an undergraduate programme for Law & Politics, Global Studies, and Sustainable Urbanism.

Established in 2008, as a unitary non-affiliating state university having 85% reservation for students from National Capital Region, Ambedkar is known for its focus on research and teaching in social sciences and humanities sector. Apart from NCR applicants, the university also has a quota for co-curricular activities and single girl child. Currently, AUD has two campuses at Kashmere Gate and Karampura offering approximately 550 undergraduate seats in 14 courses.

Officials and students, however, both held that infrastructure is one of the major issues plaguing the university.

“Construction for the other two campuses at Dheerpur and Rohini is expected to begin this year,”  Lather said, adding that another hostel facility having 27 seats for female students in the Karampura campus will be started this year. The Kashmere Gate hostel has 45 seats.

“I applied at Ambedkar University to keep my options open but I was disappointed when I saw that there was a 4% difference in cutoff between candidates from Delhi and those from outside,” said Nikita Sinha, who has applied for an undergraduate degree in Psychology in the varsity, one of the most sought-after programmes. “I would prefer studying at Delhi University since it is more renowned and will help me while applying abroad for further studies,” she added.

However, not all students had the same opinion. “I have been a student of DU and studies were often disrupted there because of on-campus politics. Ambedkar University is very liberal and that is why it is my first preference,” said Shimona Sharma, who has applied for a postgraduate degree in English. “The curriculum and credit system at Ambedkar is also better than DU,” she said.

Former DU student Shreshtha Chaturvedi, who is currently pursuing her MPhil in Mathematics from Ambedkar University, said “The visible difference between the two is that the focus in Ambedkar is on learning. In DU, the focus is so much on completing the syllabus that the professors are forced to give less time to the basics, which is required to develop an interest in the subject.”

The university is considered to be one of the few places offering courses like Bachelors in Sustainable Urbanism and Bachelors in Global Studies which was started last year under School of Global Affairs.

Share patent rights with students for on campus inventions: AICTE to institutes