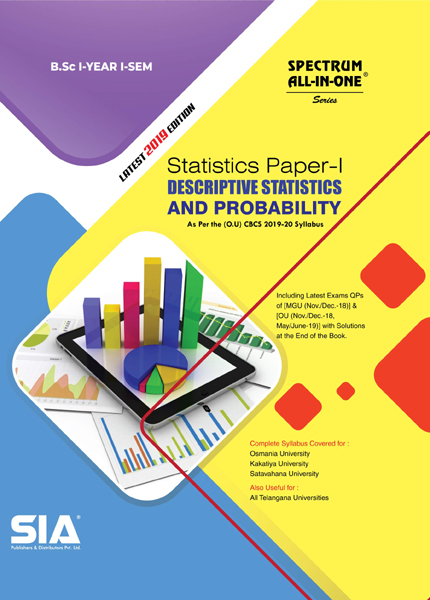 Descriptive Statistics: Concept of Primary and Secondary Data. Methods of Collection and Editing of Primary Data. Designing a Questionnaire and a Schedule. Sources and Editing of Secondary Data. Classification and Tabulation of Data. Measures of Central Tendency (Arithmetic Mean, Median, Mode, Geometric Mean and Harmonic Mean) with Simple Applications. Absolute and Relative Measures of Dispersion (Range, Quartile Deviation, Mean Deviation, Standard Deviation) with Simple Applications, Importance of Moments, Central and Non-central Moments, their Interrelationships, Sheppard’s Corrections for Moments for Grouped Data. Measures of Skewness Based on Quartiles and Moments, Kurtosis Based on Moments with Real Life Examples.