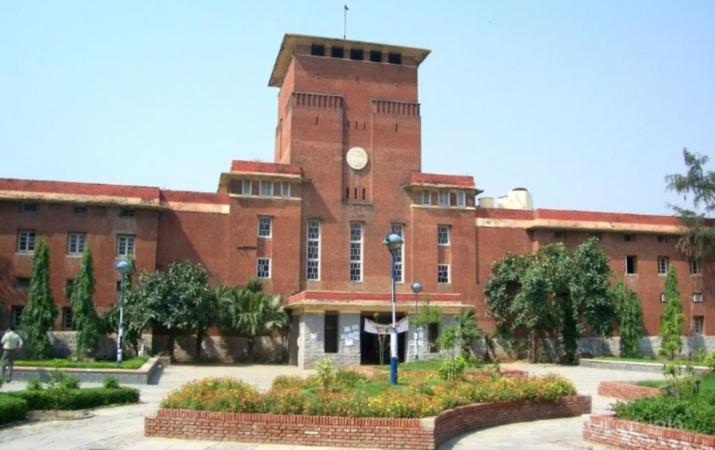 The Board of Intermediate Education of Andhra Pradesh had announced results through a grading system - CGPA - out of 10 points. The mark-sheet mandated that the score achieved by students be multiplied by 10 to see whether they make it pass the cut-off marks.

But this formula led to confusion as some DU colleges multiplied the CGPA score by 9.6 and some by 10.

Also, the Board later wrote to DU, requesting it to consider actual marks of students, instead of grades, and cancel the admission given on the basis of grades.

Some students, who had taken admission into Shri Ram College of Commerce on the basis of their grades, claimed they were being asked to pay the cancellation fee despite it not being their fault. Students affected by this confusion said their future has been put in jeopardy.

Kalyan Sriniwas had a CGPA of 10 and after multiplying the score by 10, he had 100 per cent score and secured admission to B.Com (Honours) at SRCC. But now after the full mark sheets are declared he is being asked by the college to pay a cancellation fee of Rs. 1,000.

"It is not my fault that there has been a change. Why are we being charged cancellation fee?" he said.

Others too had a similar grouse and were awaiting redressal.

Colleges said they followed guidelines and that were communicated by the varsity. Some colleges have avoided the confusion as they admitted students on the basis of marks.

However, Ramjas College had to cancel one admission.

DU Vice Chancellor Yogesh Tyagi and Dean, Students Welfare, Rajiv Gupta on Tuesday met Vice President M Venkaiah Naidu to apprise him about the issue related to the Andhra Pradesh Board and assured him that the university was helping the students complete their admission formalities.

Another issue that had risen this time was that the varsity was not accepting Accounts marks, which is a subject under ISC board.

The syllabus of Accounts is similar to Accountancy taught by CBSE but students were being told they would have to face a 2.5 per cent deduction for inclusion of accounts in their best of four.

However, the ISC Board wrote a letter to the varsity authorities and even shared the syllabus of the subject following which the issue was resolved.

The chief executive and secretary of CISCE, Gerry Arathoon, said, the subject has always been accepted the varsity but was surprised that the issue arose this time.

Combination of law and management : Latest trend in business education.

Modern Education System : A Gift or a Curse?