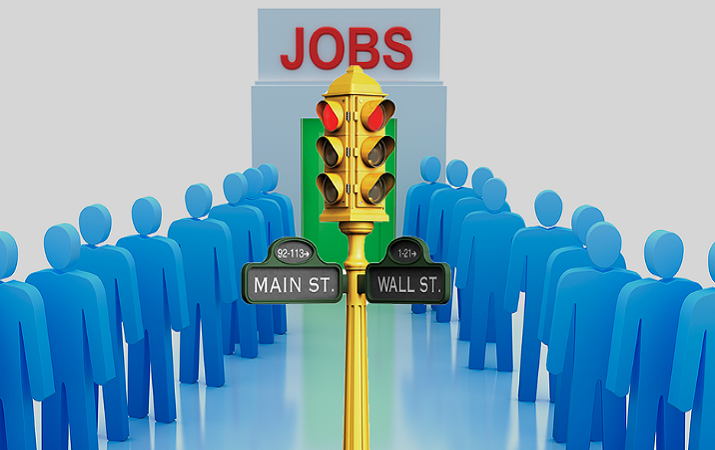 As per the figures released by the Ministry of Statistics and Program Implementation (MoSPI) on Friday, there is a rise in the unemployemnt rate to over 6.1 per cent. Unemployment in the country is at a four-decade-high. The report was not released by the government, which termed it as a draft report.

Releasing the data, officials said that they have used a new design methodology for the survey hence it was not comparable with previous data.

The Finance Ministry also issued a statement which said that comparing the recent jobs data with past data was faulty.

Among the rural men, the unemployment rate was 5.8 per cent while among the women it was 3.8 per cent. While among the urban men it was 7.8 per cent and 5.7 per cent among urban women. MoSPI officials said that the number of households surveyed was 433339 (246809 in rural areas and 46006 in urban areas).

The officials, however, said that this data is comparable to the previous years data.

Recognising India's evolving economy and requirements, it was decided to make a few changes with respect to availability of household data on employment-unemployment.

In the PLFS conducted from 2017-18, a decision was taken to use education levels as a criterion for stratification at the ultimate level.

The rationale for this decision was based on the act that the education levels in the economy have risen due to this various policy interventions like the Right to Education Act etc, and it would be important to assess the level of employment and unemployment using this as a stratification basis, the officials said.

But the Finance Ministry issued a statement trashing attempts to compare the 2017-18 data with previous years.

"There can be nothing farther away from the truth than saying that unemployment in India is at a 45 year low," the statement said.

In India, the labour force surveys (Employment and Unemployment Surveys or EUS) have usually been bundled along with the household Consumer Expenditure Survey, conducted typically once in five years. The employment and unemployment surveys conducted by the National Sample Survey till 2011-12 used the monthly per capita expenditure of the household in the selected villages/blocks as a basis for stratification of households.

In the PLFS conducted from 2017-18, a decision was taken to use education levels as a criterion for stratification at the ultimate level.

The change in criteria from monthly per capita expenditure to education levels for stratification of availability of household data on employment-unemployment has direct implications on the comparability of the results of PLFS with the EUS of earlier years, the finance ministry said.

In view of this, the PLFS needs to be seen as a new series for measuring employment and unemployment on an annual basis, it said.

It is important to note that with the rise in education levels in the economy and rise in household income levels, the aspiration levels of educated youth have also risen. Thus they may no longer be willing to join the labour force or work force requiring low skills and low remuneration, the minstry argued in its statement.

The Finance Ministry said that there are various facets to the employment and unemployment scenario and no single data source is complete by itself. These data sets need to be supplemented by data from other sources so as to collectively give a holistic picture of the overall employment market.

In this direction, the ministry has been bringing out a compilation of new subscribers to EPFO, ESIC and NPS to give an assessment of changes in the formal market employment.

The PLFS survey data complemented by administrative data and data from other sources need to be triangulated to get a complete picture.

Reacting to the data, Congress spokesperson RPN Singh said, "We are satisfied we raised this issue during the elections but now people have made their choice, I hope the government will focus on joblessness in this tenure."

Notably, this data has been released after a long delay and controversy.

The NSSO job survey for 2017-18 had shown a spike in joblessness to over six per cent which was a 45-year high.

But this report was termed as a draft and withheld by the government.

This is the first comprehensive report on the country’s employment scenario in the Narendra Modi-led National Democratic Alliance (NDA) government and assumes significance as it captures the impact of demonetisation on the domestic economy.

GATE 2019 Result to be declared tomorrow at gate.iitm.ac.in

AIIMS admissions 2020 for BSc and MSc courses: Registration from December 12

GATE 2019: Apart from admit card, you need these documents to enter exam hall