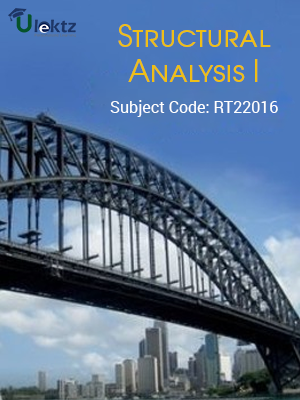 2.2 Deflection of fixed beams effect of sinking of support, effect of rotation of a support.

3.1 CONTINUOUS BEAMS: Introduction-Clapeyron’s theorem of three moment- Analysis of continuous beams with constant moment of inertia with one or both ends fixed

4.2 Application to continuous beams with and without settlement of supports

6.1 MOVING LOADS and INFLUENCE LINES: Introduction maximum SF and BM at a given section and absolute maximum S.F. and B.M due to single concentrated load U. D load longer than the span, U. D load shorter than the span, two point loads with fixed distance between them and several point loads-Equivalent uniformly distributed load-Focal length.