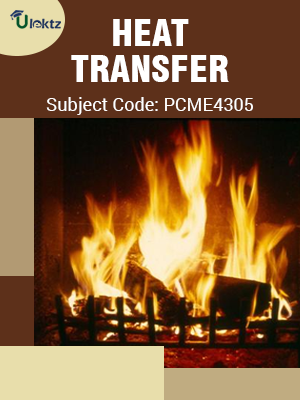 1.5 Simplification of the general equation for one and two dimensional steady/transient conduction with constant/ variable thermal conductivity with / without heat generation.

1.6 Solution of the one dimensional steady state heat conduction problem in case of plane walls, cylinders and spheres for simple and composite cases. Critical insulation thickness

2.4 Hydrodynamic and thermal boundary layers for flow over a flat plate.

2.8 Use of empirical relations for solving turbulent conditions for external and internal flow.